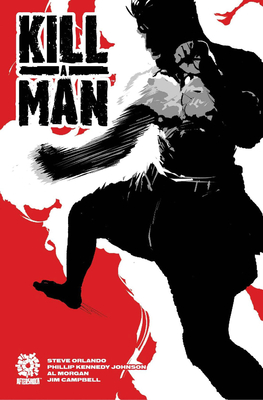 A brand new original graphic novel from writers Steve Orlando and Phillip Kennedy Johnson featuring art by Alec Morgan and lettering by Jim Campbell. In the early days of Mixed Martial Arts, kickboxer icon DJ Bellyi is beaten to death in the ring after yelling a homosexual slur at an opponent, while his young son James watches in horror from the stands. Sixteen years later, young James Bellyi has become an MMA star in his own right, with top-tier endorsements and an imminent title shot. But when James is outed as gay by an opponent in a press conference, he loses everything: his title shot, his fans, his team, even his family. To fight his way back, he turns to the only one left in the world willing to train him: Xavier Mayne, the man who killed his father. Says Johnson: "We're living in an important and dynamic time in American History, when we have the power and responsibility to decide what kind of nation the United States is going to be going forward. Telling a story with such an unlikely crossover -- male queer culture and MMA culture -- is Steve's, Alec's and my way of making that decision for ourselves."