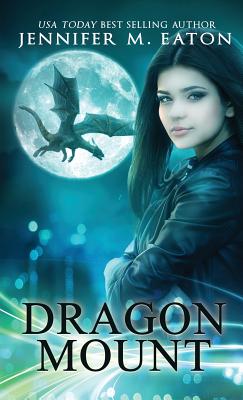 Things can't get any worse than being snatched by a dragon, until Anna is dropped into a bloodthirsty battle for the Draconic crown.

On what's supposed to be a fun trip to New Zealand to recover from a painful breakup, Anna is kidnapped and flown away by a mythical beast bent on making her his queen. Anna's rare blood type makes her the only viable mate in the islands, and with scores of dragons looking for her, escape isn't likely.

Joe is the youngest and smallest dragon in the competition to become king. Now that he's found Anna, all he needs to overthrow their tyrannical monarch is to bring her back to Dragon Mount before anyone can challenge his claim. But Joe is injured and unable to fly, and each passing second increases the risk of discovery.

Challenging the king means certain death, but Anna is Joe's to lose. If the king finds her, he will bathe Dragon Mount in her blood, condemning Joe's people to seventeen more years of brutal subjugation. The fate of all Draconia rests in the talons of their smallest dragon, and the clock is ticking.

If you love the feels you get from Jennifer L. Armentrout and the paranormal shape-shifting of Talon, you'll roar for Dragon Mount.