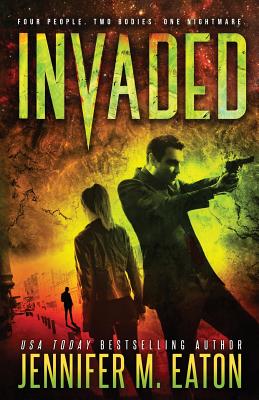 The day Tracy Seavers dies, Detective John Peters arrives on the scene of the car accident to find she has miraculously walked away. An impossible conclusion, had the same thing not happened to him five years before. John suspects Tracy is now host to an alien entity with incredible healing power, and sometimes sinister needs.

John wants Tracy almost as much as the entity inside him yearns for the new alien hiding within the beautiful brunette. The last time John got involved with another host, though, it ended in disaster. So Tracy is off-limits, no matter how much he and his entity want to wrap themselves around her. Instead, he throws himself into the ultimate distraction: finding the serial killer stalking their town.

When both John and Tracy start having blackouts, and new evidence points to an entity as the killer, John has to admit that now even he is a suspect; and the only other alien in town lives inside Tracy. Unless he can find another.

If you love the emotional connection of Jennifer L. Armentrout, the alien possession in THE HOST, and the dark intrigue of Criminal Minds, you'll die for INVADED.

Buy INVADED today and get ready to catch a killer.