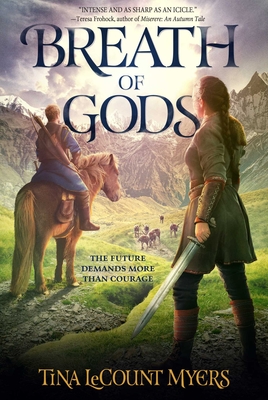 The Legacy of the Heavens, Book Three

The overlapping worlds of gods and men collide in the concluding volume of an epic fantasy trilogy set in cold harsh arctic lands.

In the Northlands of Davvieana, power rests in the hands of the High Priest of the Order of Believers. But his earthly supremacy is contested. Those few Piijkij that remain continue to honor the oath of the Brethren of Hunters: protect the Olmmoš people from danger. This time, however, it is not the immortal Jápmemeahttun who represent a threat to human freedom, but their own kind. Against insurmountable odds, this small band of dedicated men will use any and all means open to them to bring down the man who betrayed them all.

The struggles of men, however, mean little to the immortals beyond the vail in the Song of All. Vanquished, facing a doomed existence, any hope for a future slowly slips away as the best efforts of Dárja and Marnej prove inadequate. When they both fail to safeguard those closest to them, the bond between these two unlikely allies, forged by necessity and emboldened by a tentative passion, may not be enough to overcome the secrets and lies that have shadowed their lives.

When betrayal and shame guide the future, the outcome can be treacherous. For both humans and immortals to find their way forward, they must seek out those who offer an unprecedented vision over a quest for power.

Tina LeCount Myers is a writer, artist, independent historian, and surfer. Born in Mexico to expat-bohemian parents, she grew up on Southern California tennis courts with a prophecy hanging over her head; her parents hoped she’d one day be an author. The Song of All, her debut novel, was published by Night Shade Books in early 2018; a sequel, Dreams of the Dark Sky, followed in 2019.