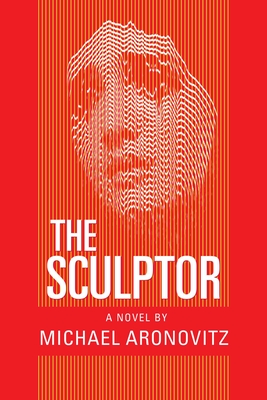 "The Sculptor is one of the most grimly terrifying serial killers in recent literature.”—Horror scholar and editor ST Joshi

At age seven, Michael Leonard Robinson commits his first murder, turning tragedy into an aesthetic. By the time he turns eighteen, he has become an expert with computers, gaming systems, and the art of video imaging. And now in his forties, fully realized, he has long erased his digital footprint. He is thirty years ahead of our most advanced scientists, military ops tacticians, and elite information tech specialists. He is a master of disguise. He can invent projected realities.

Of course, Michael Leonard Robinson could work his dark vision on a global scale, yet he doesn’t need “the world” for a fetishistic thrill, just a police captain, his receptionist, a detective, a rookie junior officer, his sister and mother, and a lot of dark theater.

Robinson appears to these characters in disguise, film clips, and flashes as he torments them. Their multiple viewpoints are puzzle pieces.

When they fuse to finish the puzzle, the final sculpture becomes clear.

Praise For The Sculptor: A Novel…

Praise for The Sculptor

"The Sculptor is one of the most grimly terrifying serial killers in recent literature.”—Horror scholar and editor ST Joshi

Praise for Michael Aronovitz
"Razor-sharp description, breakneck action, and sympathetic characters . . . a philosophically rich fearfest that’s recommended for readers who prefer their titillation to include some complexity."—Publishers Weekly on Phantom Effect

"Will remind many of the better work of Stephen King. . . . the execution and prose are exemplary."—Publishers Weekly on Seven Deadly Pleasures

"I went through this book rather quickly, and putting it down to head into work was a struggle. . . . Aronovitz has a strong sense of pace, never allowing the story to slow down or become overburdened and bloated. This sense of focus, combined with an excellent sense of character and setting, as well as an original take on the ghost, make for an excellent debut and marks Aronovitz as a writer to watch."—The Arkham Digest on Alice Walks

Michael Aronovitz is the acclaimed author of two short story collections, Seven Deadly Pleasures and The Voices in Our Heads, and the novels Alice Walks and Phantom Effect. Aronovitz lives in Wynnewood, Pennsylvania.
Loading...
or support indie stores by buying on