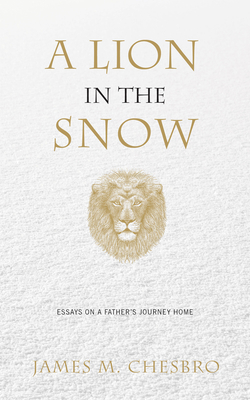 A Lion in the Snow

Essays on a Father's Journey Home

When his wife was pregnant, James M. Chesbro started having daydreams of seeing a lion in his street, padding toward his house through the snowflakes of a New England storm. He felt more like a son, still grieving over the early loss of his own father, rather than a prepared expectant-dad. In these essays, Chesbro finds himself disoriented and bewildered by fatherhood again and again as he explores the maddening moments that provide occasions for new understandings about our children and us.

In James M. Chesbro’s stirring debut, A Lion the Snow, we find a contemporary father’s field guide, a husband’s compendium, and a wife’s glimpse into the turning mind of a spouse in the grounded prose of domestic conflict.

James M. Chesbro’s work has appeared in The Washington Post, America, The Writer’s Chronicle, Brain, Child Magazine, Essay Daily, and The Huffington Post. His essays are notable selections in The Best American Essays series 2012, 2014, 2015, 2017, and 2018, as well as The Best American Sports Writing 2014. He teaches at Fairfield College Preparatory School.
Loading...
or support indie stores by buying on