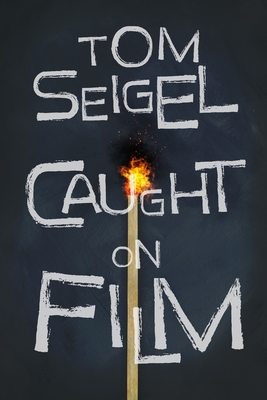 Brandon Newman, the only child to survive the Oklahoma City bombing and now the latest box office heartthrob, has his pick of the best scripts in Hollywood, but the part he wants most is the one he can’t have—the troubled teenage misfit famously banned from the big screen by the late J.D. Salinger. Determined to outwit and outhustle a legal trust charged with enforcing the author’s copyright, Brandon plots an illicit, underground production with the help of an unlikely band of coconspirators, including a bar owner he met in rehab, a precocious prep-school teenager, and a doomsday-prepping mobster. Driven by a profound sense of brotherhood and a conviction that Salinger’s book belongs to the world, he dismisses red-alert risks to his fame, his fortune, and even his life as he chases his dream from the backstreets of Brooklyn to the shores of Sag Harbor to the steps of federal court. Although Brandon ultimately finds himself in a seemingly no-win position between the FBI and the mafia, the greatest threat to his well-being turns out to be a missed connection so unexpected it causes him to question the roots of his dream and to ask whether it is the success of his project that he should fear most.


Praise For Caught on Film…

"Imagine a novel written with the strung-out intensity of a Dennis Hopper, the rapier-like cultural critique of a Thomas Pynchon, and the serio-comic word-play of a George Carlin and you might begin to have some idea of Tom Seigel’s Caught on Film. By turns funny, clever, and inventive, the novel is ultimately not merely an homage to J.D. Salinger and his The Catcher in the Rye, it is a serious meditation on what the author and his magnum opus mean—or at least, should mean--to our world. Right before our very eyes, Seigel’s brilliant legerdemain pulls a literary rabbit from a hat: imagining what Salinger's mid-century teen might mean to a new generation of readers."

"A cranky, entertaining, stylized sendup of art-making in a world of rules and regulations."--Kirkus Reviews ,

Before earning an MFA in fiction writing, Tom Seigel was Chief of the Justice Department’s Organized Crime Strike Force in Brooklyn. He’s prosecuted mob bosses, corrupt cops, murderers, and even an NBA referee. His first novel, The Astronaut’s Son, was a medalist in the 2018 Foreword Reviews Book of the Year Awards and a finalist for the 2019 Connecticut Book of the Year. About his debut, Publishers Weekly praised: “Equally strong on plotting and characterization, Seigel does better than many other thriller writers in making his lead’s pain and uncertainty about the past palpable." Mensa Bulletin raved the book would “keep you on the edge of your seat all the way through.” Tom lives with his family in Connecticut.
Loading...
or support indie stores by buying on