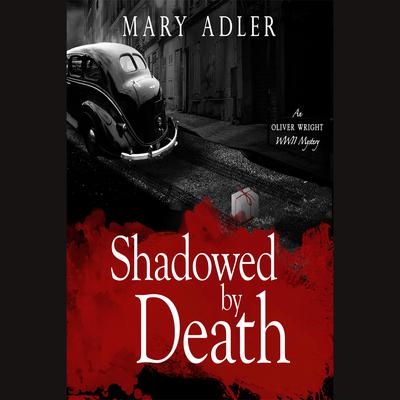 San Francisco, 1944. Sophia Nirenska, a Polish resistance fighter who survived the Warsaw ghetto uprising, finds safety in California until someone tries to kill her. She insists political enemies want to silence her, but homicide detective Oliver Wright, on medical leave from the Marines, believes the motive is more personal. He and his German shepherd, Harley, try to protect Sophia, but she insists on doing things her own way—a dangerous decision. Oliver guards Sophia as they travel from an Italian cafe in Richmond to communist chicken farmers in Petaluma where her impetuous actions put them both in mortal danger. When Oliver rescues a girl and her dog who are running for their lives, he discovers the dark secret at the heart of the threat to Sophia, a secret with its roots in Poland. When he does, he is forced to choose between enforcing the law as he knows it and jeopardizing Sophia or accepting a rougher kind of justice. Shadowed by Death accurately portrays the fears and troubles of the communities of northern California as they bear the burdens of World War II and celebrate the gift of finding family among strangers.

I escaped the university politics of "the ivory tower" for the much gentler world of World War II and the adventures of homicide detective Oliver Wright and his German shepherd, Harley. I live with my family in Sebastopol, California, where we have created a garden habitat for birds and bees and butterflies, and other less desirable critters. (Unintended consequences at work again.) I love dogs and books, crows and compassion, writing and writers, and all things Italian, especially Commissioner Montalbano and cannoli, not necessarily in that order. I remind myself daily of the question poet Mary Oliver asks: “Tell me, what is it you plan to do with your one wild and precious life?”
Loading...