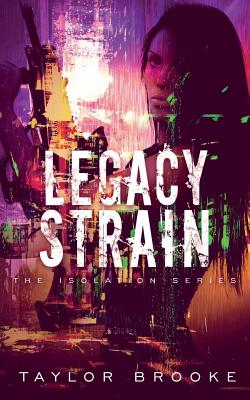 War is on the horizon.

After fleeing the white-walled labyrinth where Brooklyn and her friends were caged, trained, tortured, and studied, the group of renegade Omens prepare for the fight of their lives. But an unexpected arrival from Kirin--the dangerous, secret project Juneau has kept locked away in Isolation's main facility--complicates things.

Despite the rumors surrounding Kirin's loyalties and capabilities, Brooklyn decides to make an alliance. Together they form a plan to rescue their friends and take down Isolation once and for all.

Julian Matsumoto is strung between two sides of his heart.

Desperate times call for desperate measures, and freedom always has a cost. Julian doesn't know if he has what it takes to pay the price, especially if that price is Kirin's life. But the Legacy Strain is being weaponized and they don't have time to waste.

This is their only chance to escape Juneau Malloy for good, and Brooklyn Harper has been fighting for too long to back down now. Armed with deadly skills and a hunger for vengeance, the Omen Operatives set out on a risky mission to eradicate Isolation, contain the volatile Legacy Strain, and earn the freedom they've been chasing since Camp Eleven.