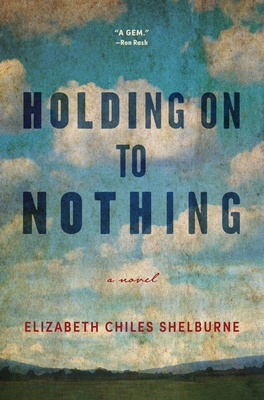 Holding on to Nothing

"Holding On To Nothing is a resonant song of the South, all whiskey, bluegrass, Dolly Parton, tobacco fields, and women who know better but still fall for the lowdown men whom they know will disappoint them." --Lauren Groff, National Book Award finalist author of Fates and Furies and Florida

Lucy Kilgore has her bags packed for her escape from her rural Tennessee upbringing, but a drunken mistake forever tethers her to the town and one of its least-admired residents, Jeptha Taylor, who becomes the father of her child. Together, these two young people work to form a family, though neither has any idea how to accomplish that, and the odds are against them in a place with little to offer other than bluegrass music, tobacco fields, and a Walmart full of beer and firearms for the hunting season. Their path is harrowing, but Lucy and Jeptha are characters to love, and readers will root for their success in a novel so riveting that no one will want to turn out the light until they know whether this family will survive.
In luminous prose, debut novelist Elizabeth Chiles Shelburne brings us a present-day Appalachian story in the tradition of Lee Smith, Silas House, and Ron Rash, cast without sentiment or clich , but with a genuine and profound understanding of the place and its people.

Elizabeth Chiles Shelburne grew up reading, writing, and shooting in East Tennessee. After graduating from Amherst College, she became a writer and a staff editor at the Atlantic Monthly. Her nonfiction work has been published in the Atlantic Monthly, Boston Globe, and Globalpost, among others. She worked on this novel in Grub Street's year-long Novel Incubator course, under Michelle Hoover and Lisa Borders. Her essay on how killing a deer made her a feminist was published in Click! When We Knew We Were Feminists (http: //bit.ly/2uOKXgB), edited by Courtney E. Martin and J. Courtney Sullivan. She lives outside Boston with her husband and four children.
Loading...
or support indie stores by buying on