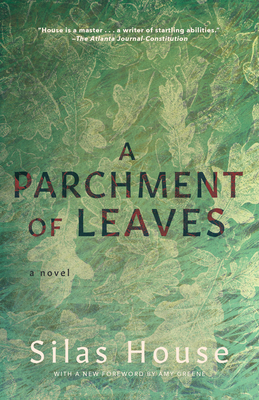 A Parchment of Leaves

In this nationally bestselling novel, A Parchment of Leaves, Silas House produced an iconic story of 1900s rural mountain Kentucky that remains a favorite of many of his fans.

On his way to find work in the Redbud Camp, Saul Sullivan encounters a Cherokee girl who is said to possess a beauty that brings death to the men who see her. Saul, however, is irrevocably drawn to Vine the moment he lays eye on her and believes they are meant to be married, over the objections of her mother and his. Despite her misgivings, Saul's mother, Esme, and his brother Aaron take to Vine from the moment she comes to God's Creek. In fact, Vine realizes from the start that Aaron's interest in her is far more than brotherly. When Saul must leave Vine behind for a year of work, troubling and violent events follow his departure, and Vine's spirit and her love are put to the ultimate test.

This novel was the Winner of the Award for Special Achievement from the Fellowship of Southern Writers and a Finalist for the Southern Book Critics Circle Prize.

Blair brings this novel into a beautiful new paperback edition, along with two other Silas House novels, Clay's Quilt and The Coal Tattoo. The three novels, which share a common setting and some characters, are companion novels. They may be read individually, in any order, but collectively, they form a rich tableau of life in rural mountain Kentucky in the last century.