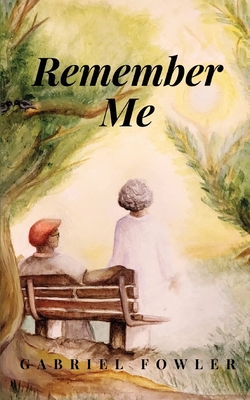 Salvador Pitello is a middle-aged news writer from Brooklyn, New York. He is sitting at the funeral for Mary-ann, a prominent figure in the neighborhood, listening to Mary-ann's husband, Allan, speak. Though the event is somber, the mood is celebratory because of the impact Mary-ann had in her community.

Three years earlier, Sal found an article about a woman who had wandered from home. After further investigation, he realizes the woman was suffering from the early stages of Alzheimer's. As the story unfolds, Sal sets out to write a novel about Mary-ann and tell her story. Known as 'Mama' by everyone in the neighborhood, Mary-ann opened a soup kitchen with her best friend, Sharice, in the 1950s and was an integral part in making most of Brooklyn a safe NYC borough.

Sal watches as the disease begins to take Mary-ann further from reality; and he witnesses the toll it has on Allan and their six children. After being placed in the Rehabilitation Ward at a hospital, Mary-ann eventually meets a young boy with brain cancer, Landon, who has a knack for remembering everything. Their relationship blossoms and Mary-ann seems to feed off of his energy at times, showing signs who she once was. Until one day, Mary-ann gladly found a way to give her life for his.