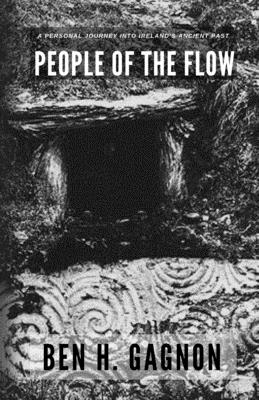 People of the Flow

Leaving behind a corporate job in the suburbs of Boston, a middle-aged John Harrington returns home to West Cork, Ireland, where he discovers 100-year-old letters in the attic of his childhood home that draw him into a family mystery. The letters reveal his great-grandparents' obsession with the megalithic mound known as Br na B inne and its ancient supernatural inhabitants ... the People of the Flow.

As John search for answers turns up more questions, a car accident and Near-Death Experience has a profound effect on his psyche. Recovering at his childhood home with a stash of morphine and Guinness, John hallucinates a Viking ancestor and companion who loves Led Zeppelin and crunchy peanut butter.

As a recovering John starts a relationship with the local librarian, they join forces and follow clues to a barren stretch of Irish coastline and a druidic burial site inside a cliff-side cave. Their discoveries lead them on a spiritual journey to India, where they learn age-old mystical traditions about megalithic temples, divine sex, and the wonders of the afterlife.