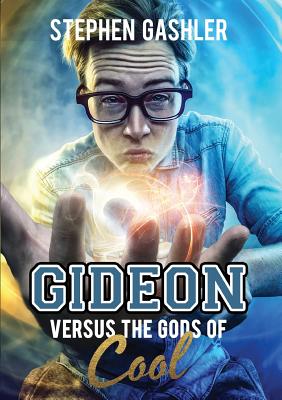 Gideon Versus the Gods of Cool

Gideon Greenwich, a delinquent nerd, is given two choices: join the football team or be expelled.

To be "initiated" into the team, Gideon attends a violent fraternity party, where he has a startling discovery: the jocks are being controlled by an evil god of sports As the conspiracy unfolds, it appears that the entire high school has been hijacked by otherworldly beings posing as teachers. To resist their dark powers, Gideon must look beyond social cliques and team up with star quarterback, Doug Rock, and the beautiful cheerleader, Cynthia McDaniels.

Together, the unlikely friends take on the god of sports, the goddess of fashion, and the god of popularity. But defying the "gods of cool" takes courage, a willingness to look stupid, and mind-bending adventures through parallel universes. In this thoughtful and hilarious critique of high school life, national award-winning storyteller, Stephen Gashler, will make you question what it means to be "cool."