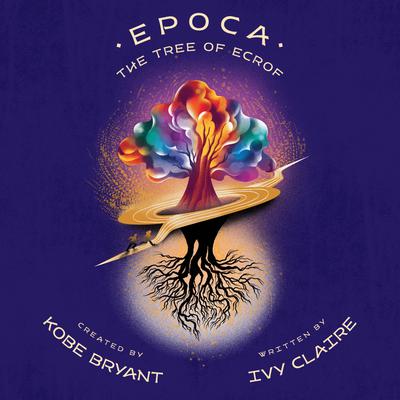 From the mind of basketball legend, Academy Award–winning, and New York Times–bestselling storyteller Kobe Bryant comes a new tale of finding your strength against all odds.

Set in an alternate classical world dominated by sports and a magical power called grana, Epoca: The Tree of Ecrof is the story of two children: the lowly born Rovi and the crown princess Pretia who uncover and battle terrible evil and discover their inner strength along the way.
Epoca: The Tree of Ecrof takes place at the most elite sports academy in the land, where the best child-athletes are sent to hone their skills. When Rovi and Pretia arrive, each harboring a secret about themselves, they begin to suspect that something evil is at play at the school. In the course of their first year, they must learn to master their grana in order to save the world from dark forces that are rising.

Kobe Bryant is an Academy Award–winning storyteller and content creator. He spends his days building stories to inspire the next generation of athletes to be the best versions of themselves. In a previous life, Kobe was a five-time NBA champion, two-time NBA Finals MVP, NBA MVP, and two-time Olympic gold medalist. He hopes to share all he learned with young athletes around the world.

Ivy Claire is a former world ranked athlete and national and collegiate squash champion. She spent a decade competing internationally before turning full-time to writing. She holds a degree in classics and in a parallel life is a literary novelist. She lives in Los Angeles with her family.