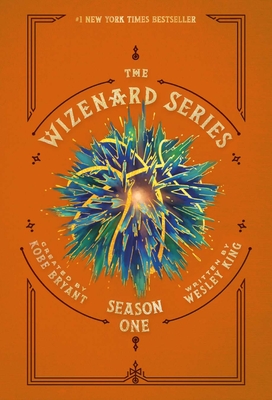 The next installment in Kobe Bryant's #1 New York Times bestselling Wizenard series is now available in a limited deluxe edition This edition has an incredible velvety texture that perfectly matches The Wizenard Series: Training Camp. Reggie has never felt destined for greatness. He dreams about basketball brilliance all day and night, but the hard truth is that he's a benchwarmer for the West Bottom Badgers the worst team in the league. Even their mysterious new coach, Rolabi Wizenard, can't seem to help them end their losing streak. Reggie is willing to train tirelessly to improve his game, but the gym itself seems to be working against him in magical ways. Before Reggie can become the player he dreams of being, he must survive the extraordinary trials of practice. Basketball legend Kobe Bryant presents this illuminating follow-up to the #1 New York Times best seller The Wizenard Series: Training Camp--a story of strain and sacrifice, supernatural breakthroughs, and supreme dedication to the game.

Kobe Bryant was an Academy Award winner, a New York Times best-selling author, and the CEO of Granity Studios, a multimedia content creation company. He was also a five-time NBA champion, two-time NBA Finals MVP, NBA MVP, and two-time Olympic gold medalist. Above all else, he was a loving husband and a doting father to four girls. In everything he built, Kobe was driven to teach the next generation how to reach their full potential. He believed in the beauty of the process, in the strength that comes from inner magic, and in achieving the impossible. His legacy continues today. Wesley King is the bestselling author of eleven novels. His works include OCDaniel, The Vindico Series, and A World Below. His books have been optioned for film and television and translated for release worldwide. Besides writing, he is working on a circumnavigation via a 1967 sailboat. You can follow him on Instagram at @wesleykingauthor or on Twitter at @WesleyTKing.
Loading...
or support indie stores by buying on