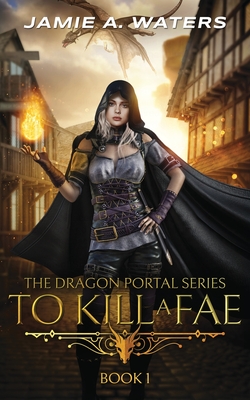 To Kill a Fae

Marked for death, Sabine escaped from her home and fled to a human city.

But the Wild Hunt will never give up.

For more than a decade, she's kept her head down and avoided talking about her past.

When a charismatic stranger arrives, Sabine is unwittingly drawn to him and his power. Keeping her distance is nearly impossible, especially after a life debt is called due and she's tasked with helping him steal a rare artifact.

In order to break the magical barriers protecting the item and save her companions, Sabine will be forced to drop her glamour and reveal her true identity.

The Fae aren't the only ones hunting her.

And the most dangerous monsters aren't always confined to the dark.