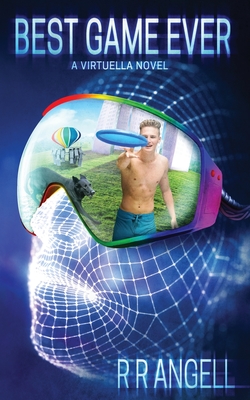 In this fast-paced LGBTQ YA VR AR AI thriller, a group of gay, nonbinary, and straight college nerds on the Virtual Campus Challenge team are racing toward a deadline when Robby's roommate dies of an apparent suicide after playing their favorite VR first-person flyer game, Flying Squirrels. Robby suspects foul play. With the help of his teammates, Robby exposes a threat to all VR gamers, and the SaikoVR AI game engine, Virtuella, fights back. Can Robby and his friends defeat Virtuella, save the world, and find love in the BEST GAME EVER?

Praise for Best Game Ever

"The Best Game Ever is the science fiction Hogwarts, full of adventure and wonder, that you've always wanted--complete with cybertech instead of magic, virtual reality gaming instead of quidditch, and a diverse, queer cast of exciting characters."

- Don Sakers, book reviewer for Analog Magazine and author of Dance for the Ivory Madonna

"Angell has captured college life in all its horrifying, glorious complexity, set against a future that's frighteningly possible."

- Cat Rambo, past SFWA President and author of Beasts of Tabat