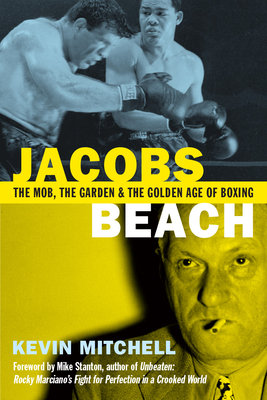 "Brings to life the fight world of that era. Mr. Mitchell's account is full of memorably drawn scenes, and the stories we haven't heard before make Jacobs Beach a cigar-chomping read."--Wall Street Journal

Gangsters have always infected fight game. At the end of the First World War, through Prohibition, and into the 1930s, the Mob emerged as a poisonous force, threatening to ravage the sport. But it was only when cutthroat Madison Square Garden promoter Mike Jacobs, chieftain of a notorious patch of Manhattan pavement called Jacobs Beach, stepped aside that the real devil appeared former Murder, Inc. killer and underworld power broker Frankie Carbo, a man known to many simply as Mr. Gray.

And Carbo wasn't alone. Along with a crooked cast of characters that included a rich playboy and an urbane lawyer, he controlled boxing through most of the 1950s, with the help of a diabolical deputy, Francis Blinky Palermo, who did much of Mr. Gray's dirty work, reportedly drugging fighters and robbing them blind. Not until 1961, when Attorney General Robert F. Kennedy shipped Carbo and Palermo to jail for twenty-five years, did it all come crashing down.

Enriched by the recollections of some of the men who were there, Kevin Mitchell's Jacobs Beach offers a gripping, noirish look at boxing and organized crime in postwar New York City and reveals the fading glamour of both.