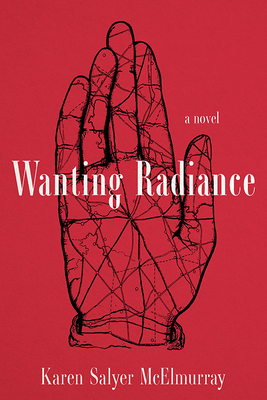 Miracelle Loving's world comes crashing down when her mother, Ruby, is murdered during a fortune-telling session gone wrong. Without the guidance of her mother, Miracelle grows up following the only path she knows, traveling from town to town, sometimes fortune-telling, picking up odd jobs to fill the time and escape the ever-present lostness she can't seem to run far enough away from.

Uncertain of what she wants and, indeed, whether she wants anything or anyone at all, the now thirty-something-year-old finds herself working as a card reader in a Knoxville dive bar, selling fictions as futures, when she is confronted with her mother's ghost voice promising to reveal the truth about her shadowy past. Desperate for answers, Miracelle sets out on a magical road trip unlike any other, in search of her own story and a father she's never known.

Following snowy highways and backroads, Miracelle stumbles across a museum of oddities and a hole-in-the-road town called Radiant, ultimately wandering into the town of Smyte, where she begins waitressing at the Black Cat Diner. Here, she befriends card-playing has-been Russell Wallen, whom she joins for a series of nighttime adventures, long drives, and after-dark visits to a Holy Roller church. This mythical journey uncovers family secrets and forgotten truths, transforming a familiar story of love and betrayal to reveal the binding power of magic and memory.

Karen Salyer McElmurray won an AWP Award for creative nonfiction for her book Surrendered Child: A Birth Mother's Journey and the Orison Award for creative nonfiction for her essay "Blue Glass." She has had other essays recognized as "Notable Essays" in Best American Essays, while her essays "Speaking Freely" and "Attics" were nominated for Pushcart Awards. She currently teaches at Gettysburg College and in West Virginia Wesleyan's Low-Residency MFA program.
Loading...
or support indie stores by buying on