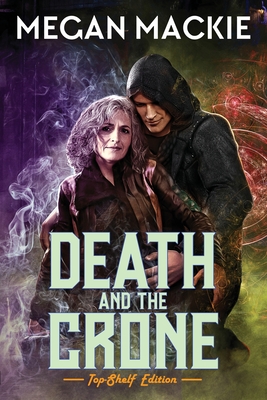 Death and the Crone (Paperback)

What woman doesn't dream of a young, handsome stranger sweeping her off her feet?

She gave up on such nonsense long ago.

Old, homeless, and unwanted by society, such faerie tales seemed beyond impossible for her. So when a young, handsome stranger, more child than man, asks her to come home with him, she knew he could only mean her harm, but who cared? She was tired of living anyway.

But instead of finding her death, Margaret learns that nothing in her savior's world is what it seems, including herself.

Why would someone young enough to be her grandson be interested in her? And when would he drop his pleasant fa ade to reveal the darkness she expected beneath?

New hope struggles with old suspicion as demons from Margaret's past come to call.

After all, was it really possible to get a second chance at life?

Set in the magical, technologically-advanced Chicago of The Lucky Devil series, this spin-off story that fans of the series and new fans can enjoy.