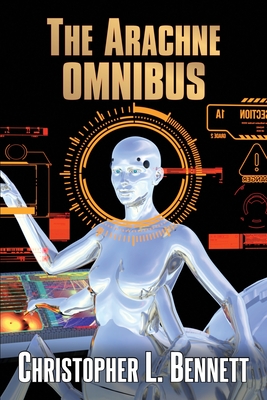 What a Tangled Web...

The crew of the interstellar colony vessel Arachne is roused from artificial hibernation to face a horrific reality, as an alien boarding party takes them into custody to answer for the deaths of tens of thousands of sentient beings.

Her crew commit themselves to a lifetime of penance to repay their debt, but not everyone agrees. As tensions rise and opposing factions come into play, a brutal act of vengeance forces them into exile in a distant part of the galaxy.

Drawn into a cosmic conspiracy spanning millennia, the colonists learn that the Chirrn's ancient choices have exacted a terrible toll on human history. Now, their only way to win true freedom may be to carry out a perilous theft aboard an extraordinary megastructure orbiting a neutron star.

Will Arachne and her crew pull off the heist of the millennium? Or are they being manipulated into committing a far more awful crime... one for which all humanity could pay the price?