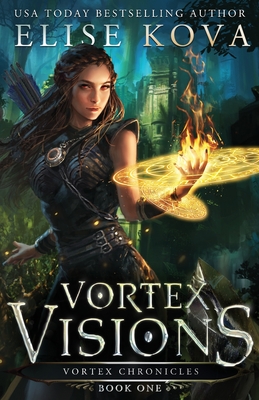 A desperate princess, a magical traveler, and a watch that binds them together with the fate of a dying world.

Vi Solaris is the heir to an Empire she's barely seen. Her parents sacrificed a life with her to quell a rebellion and secure peace with a political alliance. Now, three years past when her wardship should've ended, Vi will do anything to be reunited with her family.

The Empire is faltering beneath the burden of political infighting and a deadly plague. Yet, Vi can't help but wonder if her inability to control her magic is the true reason her parents haven't brought her home. Suspicion becomes reality when she unleashes powers she's not supposed to have.

As Vi fights to get her magic under control, a mysterious stranger appears from across the world. He holds the keys to unlocking her full potential, but the knowledge has an unspeakable price -- some truths, once seen, cannot be ignored.

All eyes are on her and Vi must make the hardest choice of her life: Play by the rules and claim her throne. Or, break them and save the world.