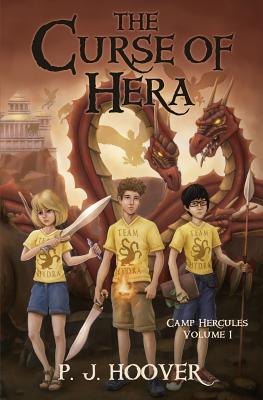 The Curse of Hera

Mythology gets real at Camp Hercules . . .

The last thing Logan wants to do with his entire summer is go to some fake mythology-themed camp, but that's exactly what he's stuck doing. When he gets there, it's even worse than he imagined. Each bunk has to re-enact one of the twelve labors of Hercules, sword fighting and all. The whole thing is ridiculous . . . at least he thinks it is until he finds out that everything is real: Mount Olympus, the three Fates who run the trading post, and . . . oh wait That can't really be a Hydra, can it?

Worst of all, nothing will ever change because Hera has placed a curse on Hercules, making the labors repeat over and over forever. Logan and his friends decide to break the curse, but everything is going against them: a grouchy old sea god, a dragon with one hundred heads, vampire tree-nymphs, and Hera, the queen of the gods herself. Can Logan, Harper, and Daniel break the curse before it's too late?

Check out these other titles by P. J. Hoover