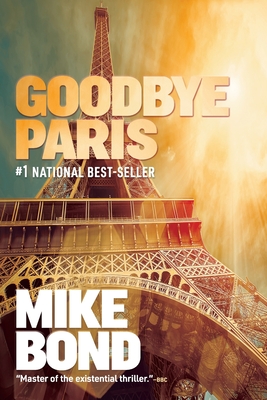 Special Forces veteran Pono Hawkins races from a Tahiti surfing contest to France when he learns that an ISIS terrorist he'd thought was dead, Mustafa al-Boudienne, has an Iranian backpack nuclear weapon and plans to destroy Paris. Pono was once Mustafa's prisoner in Iraq and is now the only one left alive to identify him.

When Pono reaches Paris he finds that his closest comrade has been kidnapped, and that the date to destroy the city is fast approaching. Joining forces with allies from US and French intelligence, and with a fearless and brilliant French agent, Anne Ronsard, with whom he soon falls in love, Pono sets out against impossible odds to catch and kill Mustafa and his terrorist cell before they can destroy the most beautiful city on earth. As they dig deeper into the terrorist networks, their own lives are more and more endangered, while the terrorists change tactics again and again to outwit them as the time to save the city runs out.

Spanning a fast two weeks in and around Paris, Goodbye Paris is a window to today's France, its elegance and poverty, humanism and fanaticism, beauty and despair, to the still-magical French countryside with its white castles and dark forests, the food, wine, and joyous ironic people, the magic of the Eiffel Tower and Notre Dame and the tragic fate awaiting them.

Another Pono Hawkins adventure following the best-sellers Saving Paradise and Killing Maine, Goodbye Paris takes us into never-before revealed depths of covert action on three continents, to insider secrets in the war against terrorism, into intense memories of combat in Afghanistan, Iraq and elsewhere, and to the depths of love when everything seems lost.

Based on the author's years of experience with terrorism and Middle East wars, and his deep knowledge of French and US intelligence and military operations, Goodbye Paris is a stunning thriller, an entrancing love story, and an exciting account of anti-terror operations from Paris and Morocco to Afghanistan.

Goodbye Paris is a hallmark Mike Bond thriller: tense, exciting, and alive with real details and places, and that will keep you up all night.