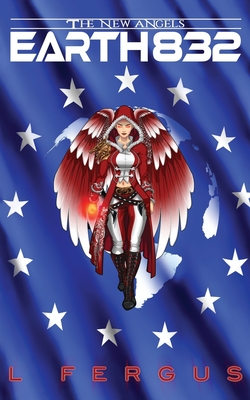 Karen and Zhi are pilots in the elite 154th Strike Fighter Squadron. On a mission to protect the Empire, they're shot down over the Persian Mountains. Deep behind enemy lines, they discover a new threat to the Empire, SCUD missiles. Out of their element, the two pilots must find a way to destroy this threat before it can launch against the Empire.

Anna was trained by the Soviet Cardinal School to be an assassin. In the process, they took her humanity. Now, she has a new master, one that is putting her skills to the test. She must rise to the challenge and prove she is worthy.

Nicole is one of the greatest snipers in the world. On a humanitarian mission in Kashmir, her platoon is attacked, and she is captured. When she awakes, she finds herself sexually assaulted, and her world shattered. A new identity surfaces, the demon. As she is determined to overcome the trauma, she must learn to control the demon and forge a new identity.

Kimmy is the Empress of the Empire of the United States. She thought she'd been a good mother to her daughter, Chelsea. But when Kimmy's partner, Kita, is kidnapped, she's forced to bring Chelsea on the rescue mission. Kimmy learns Kita has done more to prepare Chelsea for life than she has. This realization leads Kimmy to a difficult choice, govern her empire or prove she can be the mother Chelsea needs.