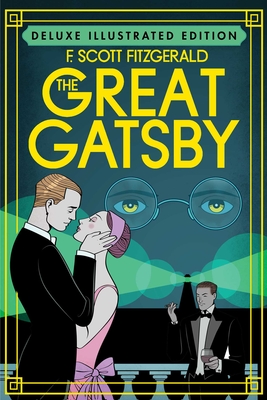 Set during the Roaring Twenties, this masterful story by F. Scott Fitzgerald is told through the eyes of Nick Carraway, a young man who moves to Long Island and attempts to learn the bond business in New York City after the war. There, he co-mingles on Long Island with his affluent and wealthy socialite cousin Daisy Buchanan, her brute of a husband Tom, and friend Jordan Baker.

DIEGO JOURDAN PEREIRA is an author of puzzle and activity books, including the Giant Book of Games and Puzzles for Smart Kids, The Big Book of Brain-Boosting Puzzles, Bible Power Puzzles, and the Astonishing Bathroom Reader. With a background in illustration, comic books, and graphic design, his clientele has ranged from Dover Publications to the Topps Company.
Loading...
or
Not Currently Available for Direct Purchase