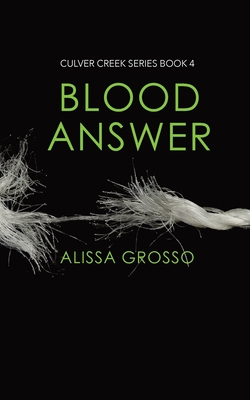 A telephone psychic with a guilty secret struggles to escape his past, but he's pulled back in when a murder victim's mother calls him for help.

Sage Dorian has developed an unhealthy obsession with finding his sister's killer, but when someone from his past shows up seeking his assistance in a possible missing person's case, only to disappear himself, Sage wades into the strange case, and finds a link to his own sister's murder and some surprising truths about his family.

The killer's still out there, and when Sage realizes who the next intended victim is, he'll have no choice but to turn to a psychic for help. Will the pair be able to stop the murderer in time? Find out in the thrilling conclusion of the Culver Creek series by Alissa C. Grosso.