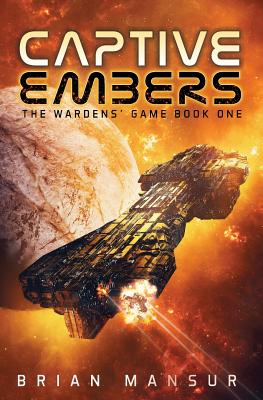 War ravages exiled humankind, but who is the real enemy?
Mykonian fleet operative, Rafe Hastings, has spent several tours around Belia trying to keep weapons traffickers from tearing the local space habitats apart. He's eager to go home when an informant passes him dire news about an infamous cartel boss named Lilith. Not only has she acquired nuclear weapons, but she has somehow gained permission from the mysterious robotic overlords of inhabited space--the Wardens--to use them.

The battleship Tsunami is dispatched to investigate Rafe's discovery and veteran operations officer, Sean Merrick, soon finds himself caught in a conspiracy involving feuding Wardens. With allies dying all around him, his only hope for survival turns out to be a junior combat nurse named Sarah Riley who has scarcely fired a gun before.

As Rafe, Sean, and Sarah battle Lilith, they'll be forced to rely on the unexpected to save the people they love. But with the Wardens constantly changing the rules, could it be that no matter who wins the war, everyone loses?