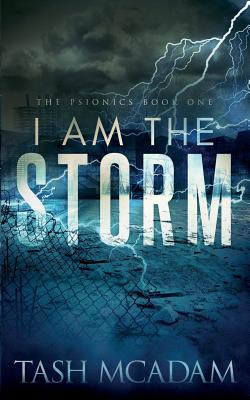 I am the Storm

Keep your head down. Don't look anyone in the eye. Never even think about technology if one of those ghostly, grey cars is sliding silently down the road. They'll see the thoughts inside you, if you let them.

Sam's a technopath, able to control electronic signals and manipulate technology with his mind. And so, ever since childhood, his life has been a carefully constructed web of lies, meant to keep his Talent hidden, his powers a secret. But the Institute wants those unusual powers, and will do anything to get a hold of him and turn him into one of their mindless slaves.

Sam slips up once. Just once, but that's enough. Now the Institute is after him in full force. Soldiers, telekinetics, and mind readers, all gunning just for him.

Newly qualified soldier, Serena, doesn't even know she's chasing a person, all she knows is that she has to find whatever the Institute is after before they do. But tracking an unknown entity through an unfamiliar city, with inaccurate intelligence, unexpected storms, and Gav Belias, people's hero of the Watch, on the prowl, will she even survive? Will she get to Sam before the Institute does? His special skills could provide the rebellion with an incredible advantage, but not if they can't get out of the city, and over the huge wall that stands between them and freedom.