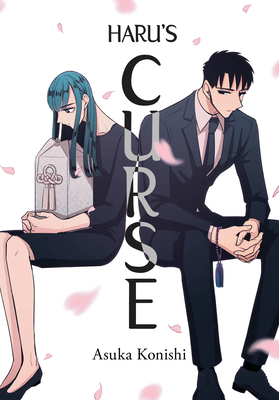 After the funeral, Natsumi reluctantly agrees to date her sister’s fiancé Togo. But as their relationship develops with the passing seasons, Haru’s memory lingers over them like a curse.

Asuka Konishi’s English-language debut is a nuanced and affecting portrait of the conflict between romantic and familial love, and of the hard choices that face us all in making our lives our own.

After making a splash with comics and illustrations uploaded to Pixiv and Twitter, Konishi's professional debut came with the serialization of the manga version of Haru's Curse in Monthly Comic Zero Sum. Asuka Konishi is a penname, and nothing is publicly known about the author, including his or her gender. Konishi represents a new generation of manga artists who have come to fame not through the usual channels but through the internet, much like musical artists made famous by Youtube or Soundcloud.
Loading...
or support indie stores by buying on