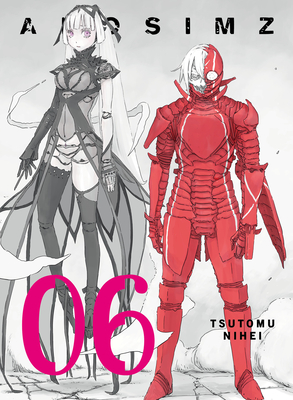 From acclaimed mangaka Tsutomu Nihei, the creator and artist behind BLAME! and Knights of Sidonia, comes his newest Sci-Fi epic.

Keisha and Titania continue to hunt down Regular Frames in order to speed along Etherow’s recovery. As Kajiwan creates Regenerateds from those afflicted with Frame Disease, the Empire deploys new weapons in its fight against both Titania’s party and the True Core Church. When the Emperor himself makes a surprise appearance, Titania takes a chance that alters the future...

The BLAME! franchise was so well received worldwide, that it inspired an animated mini-series and eventually drew the attention of Marvel Comics in the US. Nihei would later go on to draw Wolverine (X-Men) and HALO comics for Marvel to great fanfare. An architectural student, Nihei's early work were mainly wordless, relying on visuals and backgrounds to tell their stories. Now, his works are deeply rooted in hard science-fiction, as was seen in the multiple NY Times Bestselling books HALO: The Graphic Novel (published by Marvel Comics) and BIOmega (published by Viz Media).