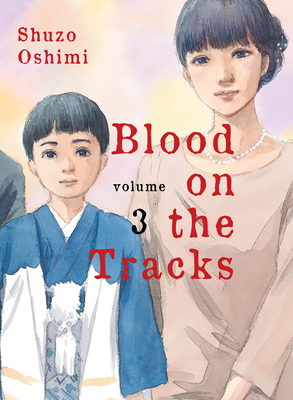 Blood on the Tracks, volume 3

The last days of summer creep toward a violent climax...

Seiichi's family begins to fall apart in the wake of his cousin's "accident," but nothing compares to the mental and emotional torture he undergoes as he tries to maintain some sense of self in the face of his mother's manipulations. Torn by his love for her, Seiichi is pushed to the breaking point and finds himself unable to speak, both literally and figuratively.

The tension continues to build in Shuzo Oshimi's masterwork of understated psychological horror, as Seiichi falls further and further into the abyss of his mother's unraveling psyche.