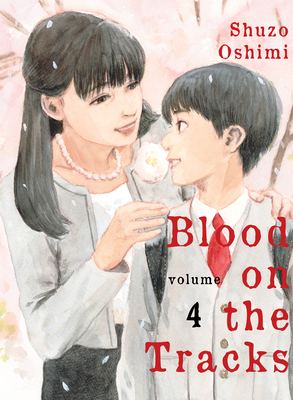 Blood on the Tracks, volume 4

From the creator who brought you notable works such as The Flowers of Evil, Happiness, and Inside Mari, comes a new suspense drama centering on the theme of a toxic parent.
Dive into this latest thriller by master storyteller, Shuzo Oshimi.

Unable to process the horrifying events of the past few months, Seiichi’s anger, fear, and frustration boil over. But even as he is haunted by the memory of his mother’s hands around his throat, he finds his voice again thanks to his classmate Fukiishi. Their puppy love provides a tenderness he has been missing, but it quickly comes under threat from his mother’s insane jealousy...

Torn between the two women in his life, Seiichi is forced to make a choice that could bring his whole world crashing down.