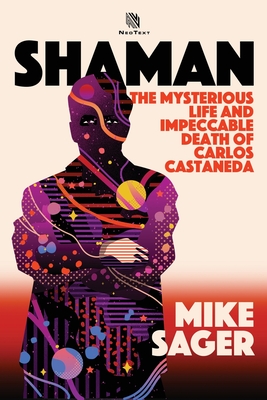 The Mysterious Life and Impeccable Death of Carlos Castaneda

Some say he was a breakthrough academic and visionary shaman. Others say he was a sham. Either way, Carlos Castaneda shaped a generation of mystical thinkers and magic mushroom eaters.

In 1968, at the height of the psychedelic age, Castaneda published The Teachings of Don Juan: A Yaqui Way of Knowledge, the first of twelve books describing his apprenticeship to an Indian shaman, and his journeys to the "separate reality" of the sorcerers' worlds.

Like Herman Hesse's Steppenwolf and Aldous Huxley's The Doors of Perception, The Teachings of Don Juan and its sequels became essential reading for legions of truth seekers. Castaneda himself became a cult figure-seldom seen, nearly mythological, a cross between Timothy Leary and L. Ron Hubbard: a short, dapper, Buddha-with-an-attitude who likened his own appearance to that of a "Mexican bellhop."

Though Castaneda had more than ten million books in print in seventeen languages, he lived in wily anonymity for nearly thirty years, doing his best, in his own words, to become "as inaccessible as possible." Most people figured he had a house somewhere in the Sonoran Desert, where he'd studied with his own teacher, a leathery old Indian brujo named Don Juan Matus.

In truth, Castaneda lived and wrote for most of that time in Westwood Village, a neighborhood of students and professors in Los Angeles, not far from UCLA and Beverly Hills. Upon his death in 1998, things became even more murky.

A year-long investigation into the mysterious life and impeccable death of Carlos Castaneda, as told by his wife, his adopted son, his mistresses, and his followers.