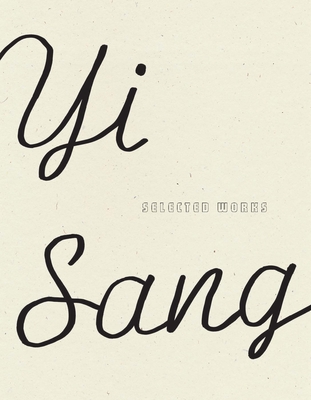 Formally audacious and remarkably compelling, Yi Sang's works were uniquely situated amid the literary experiments of world literature in the early twentieth century and the political upheaval of 1930s Japanese occupied Korea. While his life ended prematurely at the age of twenty-seven, Yi Sang's work endures as one of the great revolutionary legacies of modern Korean literature. Presenting the work of the influential Korean modernist master, this carefully curated selection assembles poems, essays, and stories that ricochet off convention in a visionary and daring response to personal and national trauma, reminding us that to write from the avant-garde is a form of civil disobedience.

Yi Sang (1920-1937) was a painter, architect, poet and writer of 1930s Korea, when Korean peninsula was under Japanese colonial rule. Yi Sang wrote and published in both Korean and Japanese until his early death from tuberculosis at the age of 27, after imprisonment by Japanese police for thought crimes in Tokyo. His work shows innovative engagement with European modernism, especially that of Surrealism and Dada. He is considered one of the most experimental writers of Korean modernism.
Loading...
or support indie stores by buying on