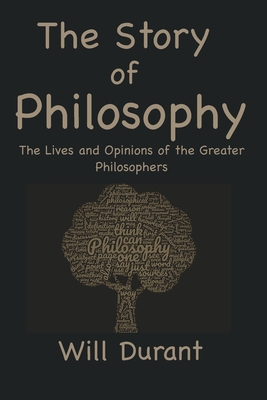 The Story of Philosophy: The Lives and Opinions of the Greater Philosophers is a 1926 book by Will Durant, in which he profiles several prominent Western philosophers and their ideas, beginning with Socrates and Plato and on through Friedrich Nietzsche. Durant attempts to show the interconnection of their ideas and how one philosopher's ideas informed the next.

The book was published in 1926, with a revised second edition released in 1933. The work was preceded by a number of pamphlets in the Little Blue Books series of inexpensive worker education pamphlets. They proved so popular they were assembled into a single book and published in hardcover form by Simon & Schuster in 1926.

The final two chapters are devoted to European and then American philosophers. Henri Bergson, Benedetto Croce, and Bertrand Russell are covered in the tenth, and George Santayana, William James, and John Dewey are covered in the eleventh.