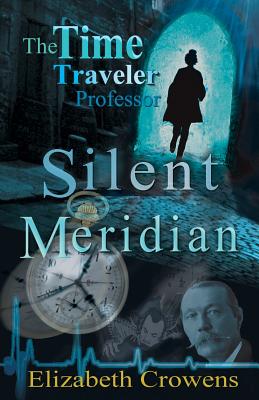 The Time Traveler Professor, Book One

Sir Arthur Conan Doyle is obsessed with a legendary red book. Its peculiar stories have come to life, and rumors claim that it has rewritten its own endings. Convinced that possessing this book will help him write his ever-popular Sherlock Holmes stories, he takes on an unlikely partner, John Patrick Scott, known to most as a concert pianist, but a paranormal investigator and a time traveler professor to a select few.

Like Holmes and Watson trying to solve a mystery, together they explore lost worlds and their friendship is tested to the limits when they go back in time to find it. Both discover that karmic ties and unconscionable crimes have followed them like ghosts from the past, wreaking havoc on the present and possibly the future.

The Time Traveler Professor, Book One: SILENT MERIDIAN reveals the alternate histories of Conan Doyle, H.G. Wells, Houdini, Jung and other luminaries in the secret diaries of John Patrick Scott, in an X Files for the 19th century. First Prize winner of Chanticleer Review's Goethe Award for Turn-of-the-Century Historical Fiction and First Prize for Steampunk in the Independent Press Awards. Stay tuned for A POCKETFUL OF LODESTONES; Book Two in the Time Traveler Professor series by Elizabeth Crowens.