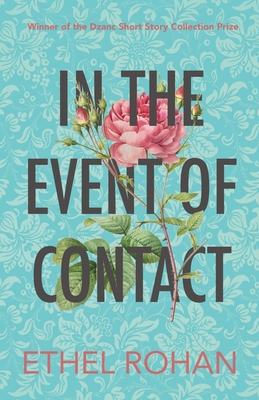 ﻿In the Event of Contact chronicles characters profoundly affected by physical connection, or its lack. Among them, a scrappy teen vies to be the next Sherlock Holmes; an immigrant daughter must defend her decision to remain childless; a guilt-ridden woman is haunted by the disappearance of her childhood friend; a cantankerous crossing guard celebrates getting run over by a truck; an embattled priest with dementia determines to perform a heroic, redemptive act, if he can only remember how; and an aspirational, angst-ridden mother captains the skies.

Amidst backgrounds of trespass and absence, the indelible characters of In the Event of Contact seek renewed belief in themselves, recovery, and humanity.