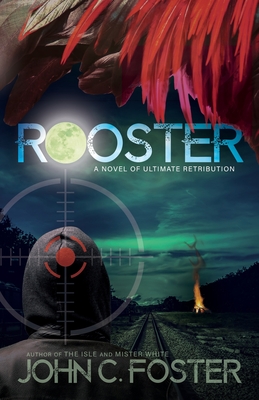 John Gallo is a professional hitman with a history that's spattered in blood and littered with bodies. Known in the criminal underworld as Rooster, Gallo is an assassin suffering from mental illness and constantly battling the black dog of depression that stalks him. When able to crawl out of his downward spiral and throw himself into the job, he's a proficient, stealthy and unforgiving killer. A relentless wheeler-dealer in the game of death.

But now he finds there's a price on his head. A vendetta that could have been placed by anyone in the gangland underground. And everyone wants to collect. From two-bit street punks to the highest echelons of organized crime. The Mafia. Yakuza. Russians. Chinese. Every crime syndicate that's ever been on the bullet-end of his gun is now taking aim at him, intent on ending the reign of the Rooster. After making a fast break from New York with a young actress rescued from certain death at the hands of the Chinese mob, Rooster is on the run and headed to his native Boston and promised refuge with his on-again, off-again criminal associate Grace. He quickly learns Beantown's dark underbelly is only interested in welcoming Rooster home so thugs and gangsters can line up to seize the prize that is his head. Determined to solve the mystery of who wants him dead and exact his own revenge, Rooster uncovers a deadly plot with tendrils that stretch across the country, revealing a conspiracy designed to achieve the ultimate retribution. From the author of The Isle and Mister White, and proudly presented by Grey Matter Press, the multiple Bram Stoker Award-nominated independent publisher.