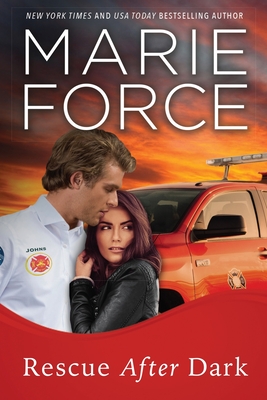 They've both been unlucky in love. Is their luck about to change?

Reality TV star Jordan Stokes is taking time to figure out her next move--tucked away from prying eyes in her grandmother's home on Gansett Island with her identical twin sister, Nikki. Eastward Look is the perfect place to heal and regroup. It's not lost on her that her sister was busy falling in love with Riley McCarthy while Jordan's world and marriage were falling apart in front of an audience of millions.

Fire Chief Mason Johns might put out flames for a living, but the fitness buff firefighter with a god-like body sure knows how to heat things up. When he locks lips with the island's newest resident during a rescue, he feels an undeniable spark that he can't ignore--no matter how hard he tries. The recovering alcoholic has had his fair share of bad relationships, but Jordan could be a game changer.

He saved her life... but she just might rescue him right back.

The summer is heating up as we take the ferry back to Gansett Island for another story about love and redemption and second chances. Catch up with series favorites, including Blaine, Mallory and Quinn, Luke and Sydney and of course, Mac and Maddie McCarthy.