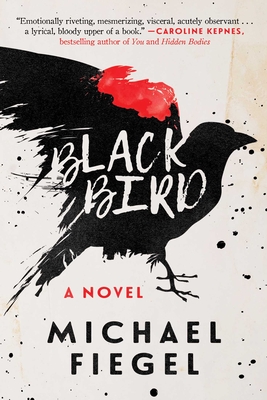 Featured on the Lifetime and Netflix TV show You

A cold-blooded killer-for-hire, Edison North drifts across America from city to city, crime scene to crime scene, leaving behind a world in flames. But during a seemingly random stop at a fast food restaurant, Edison meets Christian, a young girl who mirrors his own sense of isolation and stink of "other." Though it's been a long time since he felt anything resembling a human connection, something about this desperately lonely child calls to him like a fallen nestling. Edison feels certain she deserves better. And while he is not convinced that he can give her that, he can teach her to fly on her own. So he takes her.

Thus begin the chronicles of Edison North—and his protégée. Weaving together past and present, Edison begins Christian's strange apprenticeship as Christian looks back upon her fractured upbringing and the training that made her into the killer she's become. What emerges is a savage—and ultimately tender—exploration of the unlikely bond between two outsiders: a fledgling assassin and the man who took her under his wing.

Praise For Blackbird: A Novel…

“Blackbird is a lyrical, bloody upper of a book. Fiegel's debut is an invitation to eavesdrop on internal monologues while being whisked around modern day America.” —Caroline Kepnes, author of You and Hidden Bodies
?
“Electrifying . . . Fiegel combines engaging sociopathy with a bit of the anarchist bent seen in the television show Mr. Robot. . . . Satisfying and original.” —Publishers Weekly

“From its unsettling opening to its thought-provoking conclusion, Blackbird is a fascinating study of two outsiders and the strange acts of violence that bring them together. And in the freshness and originality of his writing, Michael Fiegel sets himself apart as a striking new voice in mystery fiction.” —Kevin Wignall, bestselling author of A Death in Sweden

“A caustic crime thriller with a daringly pitch-black sense of humor, and a literary examination of alienation in the age of terror and conspiracy. Like Oates's Zombie and Brite's Exquisite Corpse, Blackbird pulls you into a world you’d rather not inhabit and fascinates as often as it repels. A scathing and singular debut.” —Jeremy Robert Johnson, author of Skullcrack City

“Blackbird is a harrowing and original journey unafraid to explore the darkest corners it can find.” —Zack Parsons, author of Liminal States

Michael Fiegel is a writer and designer best known as the creator of Ninja Burger, an Internet cult classic that spawned a series of books and games. In addition to his work in the game industry, Fiegel has written and designed for a number of online outlets. Blackbird is Michael Fiegel’ s first novel. He lives in Seattle with his wife and two cats.
Loading...
or support indie stores by buying on