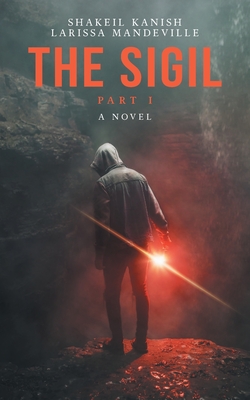 Lake's brother Devlin was murdered right in front of him. Simply because he was in the wrong place at the wrong time.

Why, then, does Lake think Devlin knew he was going to die before they ever set foot in the gas station that night? As he obsesses over his brother's death, Lake begins to uncover a hidden world full of forbidden magic and growing danger. Now he's stuck, caught between the world that his brother was meant for and his own. Lake is beginning to realize that no one and nowhere is safe.

Nova Rathers may not be especially powerful in the Mage world but she makes up for it with a magical bag of snacks and a body constructed by the Gods to slay. Desperate to be more than her lineage, she finds herself teamed up with a group of misfits and, in her mind, the weakest creature of all - a gida...a powerless human. Together, they start to unravel the lies that built their world and continue to hold it hostage. Nova's last year at Breyburn Academe was never going to be easy but she had no idea that it could ever get this bad.

Lake, Nova, and their newfound friends are about to find the truth behind what has been hunting them. But knowing is only half the battle. Even if they survive, will the rest of the world remain standing?