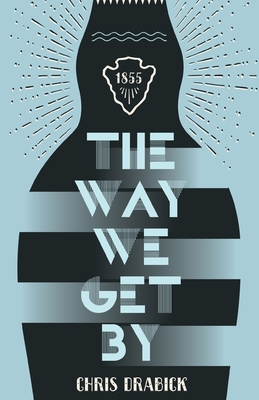 The Way We Get By

Drew Nemec may not want to be back home in the suburbs of Flint, Michigan, but home is where even the best of us wind up when we're heartbroken and drifting after graduating college.

In the late 90s, a solid economy and relative peace gave twentysomethings the luxury of being underemployed, overeducated underachievers. Bob's Bar in Downtown Flint is populated with just such a crowd, proto-hipsters who fancy themselves urban pioneers. They're the types who believe they save their post-industrialized city with beer and a great jukebox. In the 90s, one could be hopeful even in a place like Flint.

Drew inevitably finds his way to Bob's, and since he's not much of an active participant in what seems like most his own life, he finds his way behind the bar as well. At Bob's, he whiles away weeks and months obsessing over baseball and music, befriending Ray, the wise retired bartender who lives in an apartment over Bob's. Drew also gets to know Ralph, one of his co-workers, and becomes the unwitting rival of Charlie, another fellow bartender. He also slowly mends his broken heart, even if that's also by accident.