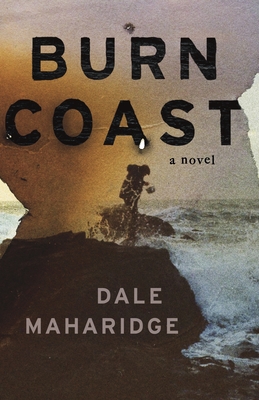 Zo Vanderlip is missing. The Ark is empty. And nobody on McGee Ridge can agree about what exactly happened to her.
Earthquake-rattled and clinging to the thousand-foot cliffs of the Northern California coast, McGee Ridge is nestled in one of a very few truly wild places left in the Lower 48. It is also home to a band of off-grid outlaws who vanished behind the famed Redwood Curtain in the 1960s, and whose time there is swiftly coming to an end.
Will Spector, a burned-out journalist for the LA Times, arrived here to build a wilderness cabin for himself in the 90s, after spending a decade as a war correspondent. In a community that subsists mainly off illegal cannabis farming, Will is an outlier. As is Zo Vanderlip, the revered matriarch of the original 60s settlers, whose adult son Klaus is one of the largest growers in the region. Unlike nearly everyone else, neither Will nor Zo has ever grown marijuana, but when Zo suddenly goes missing from her home--a large hand-built structure known as the Ark--the industry's competing forces can no longer be ignored.
Pairing up with Daniel Likowski, a principled but mysterious grower whose business has been crushed by legalization, Will finds himself swept into a world of lost idealism and desperate loners, mobsters and corporate shell companies, violence and hypocrisy, all operating beneath the canopy of an ancient forest teetering at the very edge of the continent. Spurned on by both his journalistic zeal and a strange love for the place and its people, Will's investigation is journey to understand not just what happened to Zoe, but all of them.
In this atmospheric rural noir, Pulitzer Prize-winning journalist Dale Maharidge's debut novel plunges readers into a country that has existed for decades beyond the bounds of America-at-large, but nevertheless reflects the essential conflicts of our divided culture.