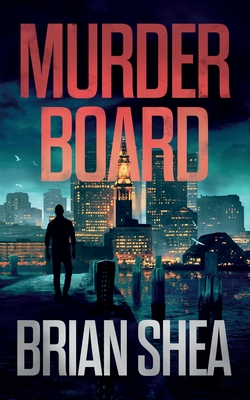 On the tough streets of Boston, justice requires a detective who isn't afraid to break the rules.

The crime sent shockwaves through the entire city.

Kelly was born and raised only a few blocks from where the girl's body was found. He still has friends living in the old neighborhood.

Others run the Irish mob.

And when Kelly's investigation uncovers a shocking conspiracy, he realizes that he'll need to use all of his unique connections to solve the case.

Because Kelly is determined to bring the killer to justice.

The first novel in the most suspenseful crime series to hit bookstores in years. Written by a former detective, Murder Board is perfect for fans of Michael Connolly's Harry Bosch, David Baldacci's John Puller, and James Patterson's Alex Cross.

"With his background as a cop, Brian Shea adds a dose of realism to his writing few authors can match...." --Jeff Carson, Author of the Bestselling David Wolf Series