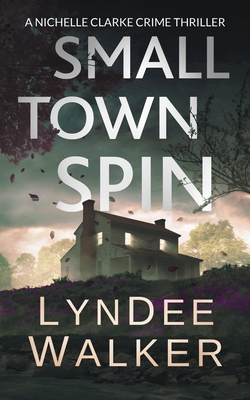 Crime reporter Nichelle Clarke ventures out to a tiny Chesapeake Bay island community, helping a friend search for answers in the wake of unthinkable tragedy. But in small towns like this, some rocks are never meant to be overturned...

"...a page-turner right from the start."

T.J. had the world in the palm of his hand. He was handsome. Popular in school. Smart. A stellar athlete. The son of superstar pro quarterback Tony Okerson, he seemed destined to follow in his father's footsteps to a career of gridiron glory.

That bright, shining dream ends when T.J.'s lifeless body is found on a rocky shoreline near his family's Chesapeake Bay home.

Due to his father's past fame, the tragedy ignites a media frenzy in the normally serene island community. Through a mutual friend, the grieving parents turn to reporter Nichelle Clarke for help. Nichelle agrees to write the story herself and attempt to quell the national media circus.

But as Nichelle begins to explore the facts surrounding the death, she discovers some shocking details. Something doesn't fit. And while the local sheriff wants to stamp the case a drug overdose and move on, Nichelle becomes convinced that foul play may have been involved.

To the townsfolk, Nichelle is an outsider, putting her nose where it doesn't belong. But in her experience, that's exactly where the most damning secrets are kept. And the further she follows the evidence trail, the more Nichelle realizes that this sleepy coastal village is anything but innocent...

What people are saying about LynDee Walker and SMALL TOWN SPIN:

★★★★★ "LynDee Walker is quickly becoming one of my favorite authors... "

★★★★★ "I could not put it down, and found myself reading late into the night. There were many twists and turns and it had me guessing until the end."

★★★★★ "A rollercoaster ride that starts with a bang and only gains speed as you arrive at an explosive conclusion..."