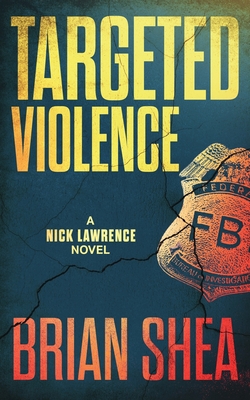 Another senseless act of violence.

But this one is different.

It isn't random. It was orchestrated by a mysterious outsider.

And it's just the beginning.

"This is Shea at his absolute best."

The warning was released soon after the first school shooting. It came from an untraceable source, and threatened a similar violent incident at one school in each state across the country. Soon the entire nation is plunged into a state of panic.

As law enforcement desperately searches for the group responsible, former FBI agent Nick Lawrence is called up by an old friend. They need Nick's unique set of skills to find and stop a twisted criminal mastermind...before he claims his next victims.

What readers are saying about Brain Shea and the Nick Lawrence Series:

★★★★★ "There's no fluff in this book. Every word pulls you toward the climax."

★★★★★ "The world is no longer black and white, and this book shines a brighter light than most."

BRIAN SHEA has served as both a military officer and law enforcement Detective. His authentic crime fiction novels have been enjoyed by countless readers around the world. His books are recommended for readers who enjoy Michael Connolly's Harry Bosch, David Baldacci's John Puller, or James Patterson's Alex Cross.