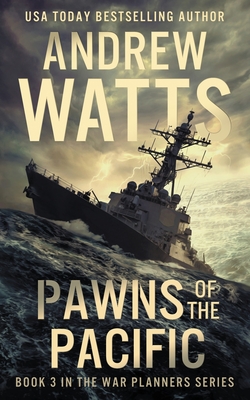 Pawns of the Pacific (War Planners #3)

Book 3: Pawns of the Pacific

A CIA operative joins a Marine special operations team to infiltrate a secret Chinese base in the jungles of South America. A female navy helicopter pilot is thrown in charge of her destroyer when an unthinkable catastrophe strikes. And the Admiral of America's newest aircraft carrier strike group must save his daughter from a Chinese naval attack.