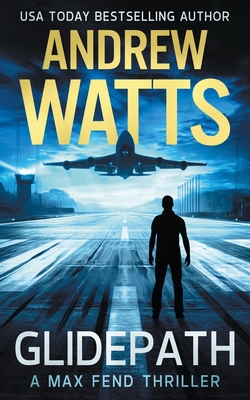 Charles Fend, the billionaire CEO of Fend Aerospace, is only days away from launching the world's first autonomous commercial airliner when a mysterious cyber attack threatens to cripple the project.

But who is responsible?

Is it the wealthy ex-KGB agent, Pavel Morozov, who has shown up from a past Charles had long-forgotten?

Or was it Charles' own son Max--now on the run from the FBI after he was accused of sending corporate secrets to a criminal enterprise?

And just what is hiding inside the top secret CIA file on Max Fend? The one that even his FBI investigator isn't allowed to see.

GLIDEPATH is a pulse-pounding race to uncover the truth, before it comes crashing down from above...

What readers are saying about GLIDEPATH:

★★★★★ "...I anticipated a good techno-thriller related to the aviation industry. Instead, I wound up reading an incredible spy vs. spy novel..."

★★★★★ "in my mind his story-line, intensity and writing skills are in the same class as Vince Flynn/Kyle Mills, Brad Thor, Daniel Silva and David Baldacci. Great book..."